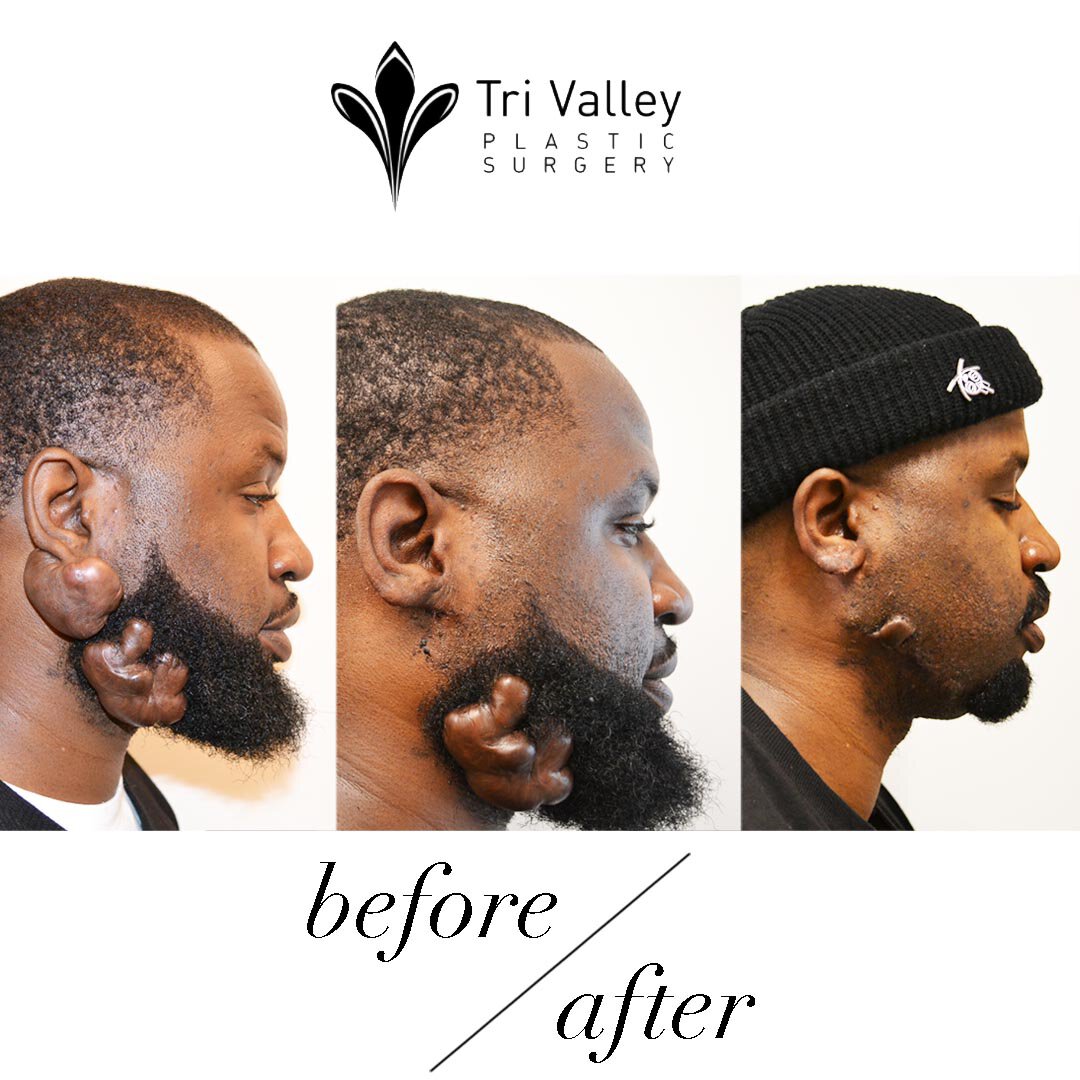 If you can bottle swagger, this is it.

For the last six months, Tri Valley Plastic Surgeon Dr. Tanya Judge has been working with Armani Jackson for his keloid condition. Armani, an MC, rapper, and producer, has been battling keloid formations on his face since he was in college. Keloids are a tricky condition — he’s seen countless doctors and tried multiple procedures without seeing much success. Keloids are scar tissue that doesn’t stay within the boundaries of a scar. Sometimes, a little ear piercing or a shaving nick can trigger the condition and the keloids can take on a snowball effect, overtaking a large area of the body.

Armani first started getting keloids as a young child but the large formations on his face began appearing in college. Though he was frequently reminded by well-meaning family and friends to “ignore it”, or to borrow from Beyonce, “Pretty hurts. It’s the soul that needs the surgery”... The reality is that he suffered from major discomfort and low-esteem. “As a male, it was even harder to come to terms with my vanity issues. I was becoming depressed and I isolated myself. Before my surgery, there was a part of me and a part of life that I was just signing off on. People would tell me all day long not to let it get to me, but when you’re having a simple conversation with someone, and their eyes inadvertently goes towards your keloids or the scars on your face, it makes you not want to talk to anyone. It was so taxing.” Armani revealed. He found comfort in hiding behind a hoodie, no matter how hot the weather, and wore a beard for the last seven years.

The decision to undergo plastic surgery came shortly after his European summer tour in 2017. Ironically, the keloids grew as he gained popularity as an artist. As can be imagined, photo shoots and press interviews brought on feelings of anxiety. Adding Instagram and Snapchat to the mix didn’t help either. “As a musician, it was restricting. There was a block in the message. And I always felt the need to hide. I realized I can’t do both, something had to go and I wasn’t ready to give up on music."

“I realized I can’t do both, something had to go and I wasn’t ready to give up on music.” 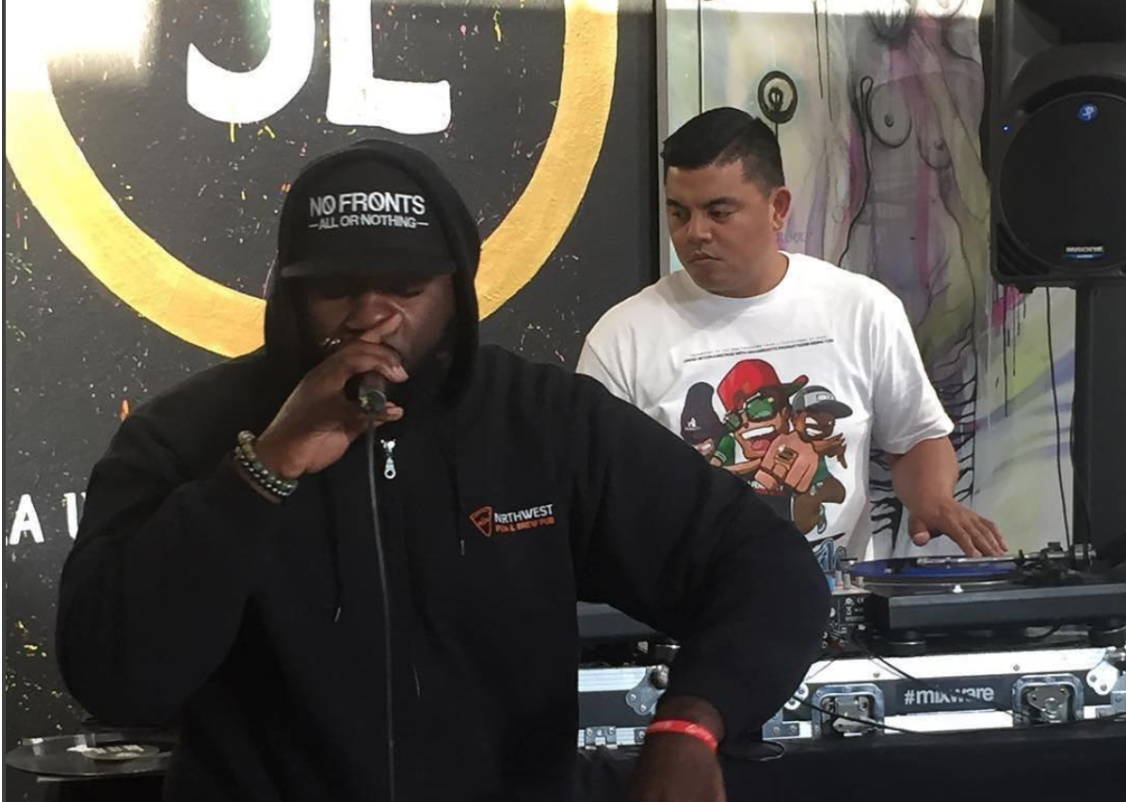 It was during the same European tour that he received an iMessage from his grandmother urging him to visit Tri Valley Plastic Surgery in Dublin, California. Thanks to his grandmother’s tenacity, he and Dr. Judge were connected. Keloids typically have a 45-100% recurrence rate. Despite the disheartening statistic, six months later, Dr. Judge’s approach has been successful. According to Armani, “Dr. Judge’s was as persistent with her treatment plan as she was with the post-op follow-up. She wanted to make sure that if a recurrence happened, she could be on top of it before it got bigger. I’ve never been happier with my results. She was very approachable and accessible in terms of communication, including Instagram. Nicole on the administrative side was great as well. I really felt comfortable and confident under their care.”

Dr. Williams, Board Certified Plastic Surgeon and the founder comments "We love Armani's story, at Tri Valley Plastic Surgery we feel that self empowerment is at the core of any cosmetic procedure. We are lucky to be able to provide reconstructive and cosmetic plastic surgery procedures for our patients in the Northern California area and worldwide." Keloid treatment can be a challenging problem which can require real expertise to make better. "It's part of the expertise we bring to plastic surgery, whether it's the face, the body or the breast. It's an honor to create such success stories."

“I feel like me again. I’ve done six shows since my surgery and not having to design a whole wardrobe around a hoodie is just unbelievably refreshing. The freedom from a lifelong insecurity is unbelievable”

"Dr. Judge’s was as persistent with her treatment plan as she was with the post-op follow-up. She wanted to make sure that if a recurrence happened, she could be on top of it before it got bigger. I’ve never been happier with my results.”

After the physical transformation, Armani felt an internal positive switch that his close friends and family can attest to. “They feel like they got me back. I immediately felt the change, including a drive to work out everyday and be the best version of myself, whatever that looks like. I didn’t realize how much the depression centered around the keloids has impacted everything physically and emotionally. It was all intertwined. The minute I saw this light, I just chose to take advantage of it. My work ethic was already high, but without the roadblocks, nothing can stop me now.”

His current state of mind? “Grateful. None of this would be possible without my family. With my grandmother leading the charge, she was diligent and searched high and low for the right doctor. This is all her. I’m also incredibly grateful to my girlfriend’s and her family’s support. And I’m grateful for working with Dr. Judge specifically because she has a new perspective and approach to medicine. As a male, it feels like plastic surgery is a taboo, but she has an edge and confidence in her that makes all of those generalized stigmas go out the window and you don’t even think about that. In the end, the pressure and judgment I thought I was going to get were self-imposed because when I told my friends and family about it, none of them had anything negative to say. All of them showed their full support.”

As shared with Tri Valley Plastic Surgery. Armani is very passionate about spreading his message. You can continue to follow his journey on instagram at @fr33mani. Please feel free to comment below for any questions. Thank you.

Update: 4/23/18 Last week, Dr. Judge was a guest on Armani's podcast, Meet The Brave. In the episode, Dr. Judge shares a little bit about her childhood, her path to plastic surgery, and the unique things that make her incredible both as a person and a doctor. Please head over to iTunes to hear the full interview. 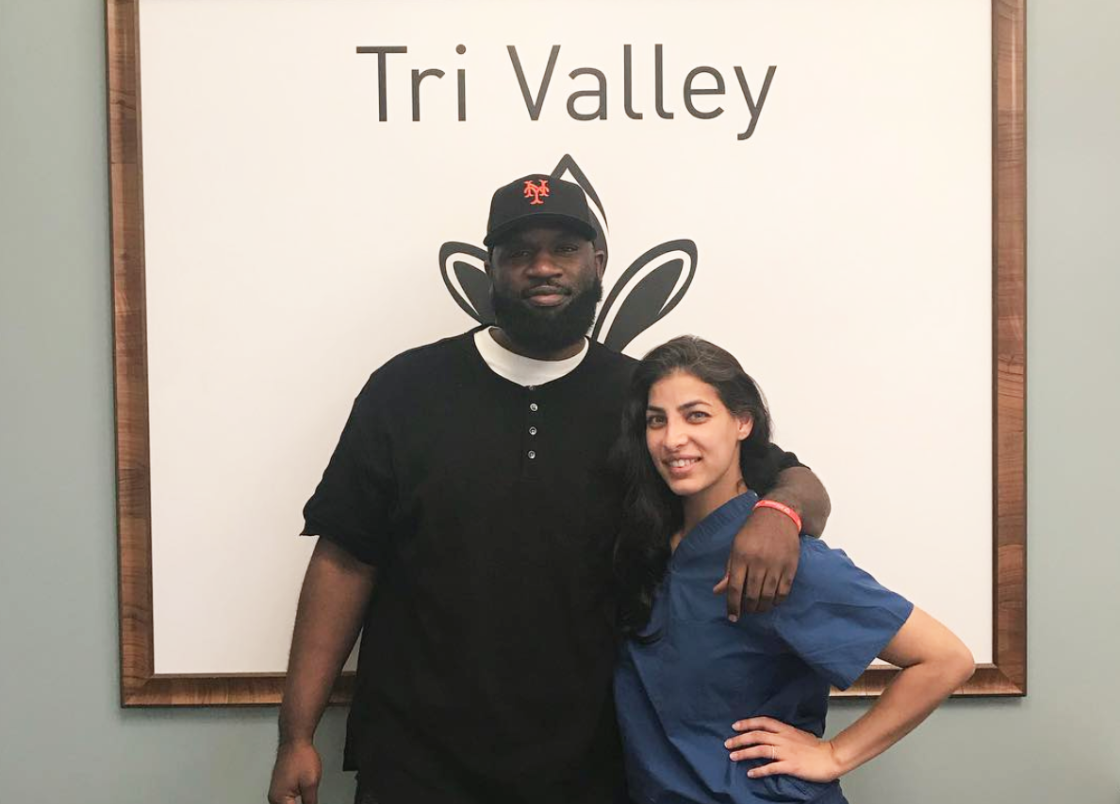 Your Journey to Renewal Goes Through Tri Valley

Tri Valley Plastic Surgery in Dublin provides expert plastic surgery with great results and minimal downtime. We are leaders in breast enhancement, body sculpting, and facial cosmetic surgery, serving the entire San Francisco Bay area. Whether you live in the Bay Area or are coming in from out of town, we’re happy to answer any questions you may have on your path to your new self. Schedule a consultation with us today to take the first step towards realizing the look you’ve always wanted for yourself.